I don’t know how this is going to turn out but that’s life. Especially in China. You have to be openminded to stay sane here. There are challenges everywhere on all levels. I’m going to write this like a journal entry. Just going to write what comes into my head. Let’s go.

China is fucking crazy. It really is. I love it. It’s chaos but somehow it works. Everyone knows to expect the unexpected which I guess makes it the expected…?

The reason I came here is to teach English. Well no, the reason I came here was to save money and live in a country which would challenge me on so many levels. Both of these are a reality. There is plenty of money to be made here but at the same time, there are many cultural differences you will have to put up with over here. 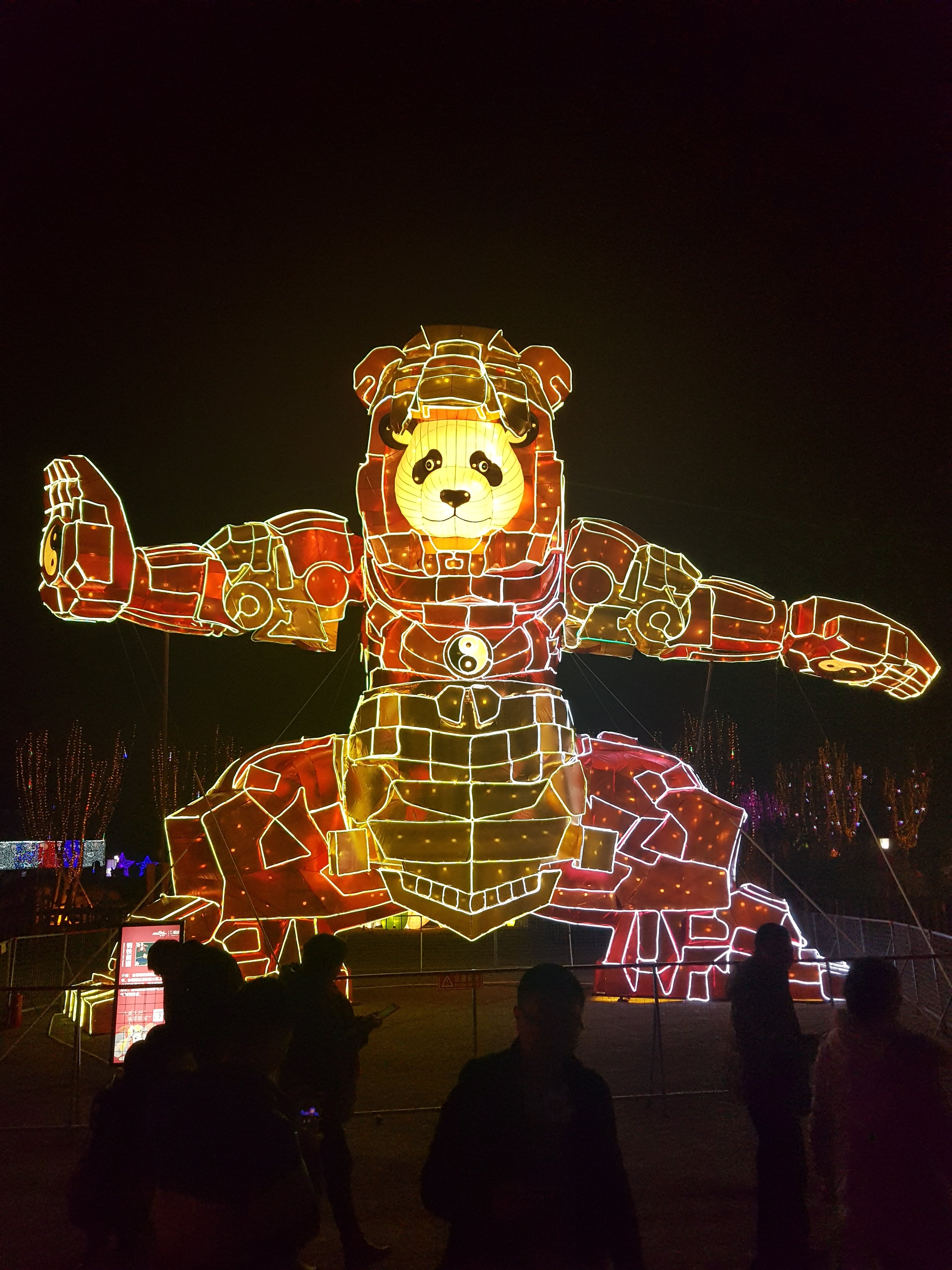 Where am I? I’m in a city called Chengdu. I wouldn’t blame you if you haven’t heard about this place before – I hadn’t before getting the job. A quick google will show you that Chengdu is famous for, above all else, pandas. There are panda memorabilia everywhere here. Well actually, only really at the tourist spots, but the city is panda obsessed. If you’re a panda lover then this is your Mecca.

Chengdu is one of those smaller Chinese cities which has been developing at breakneck speed. The population is approx 20 million. A neighbouring city, Chongqing, has a pop of over 30mil. The pure scale of things in this country was something that shocked me. Coming from 1mil Dublin and 4.7mil Ireland Chengdu and China has been a big eye-opener into how other people live. 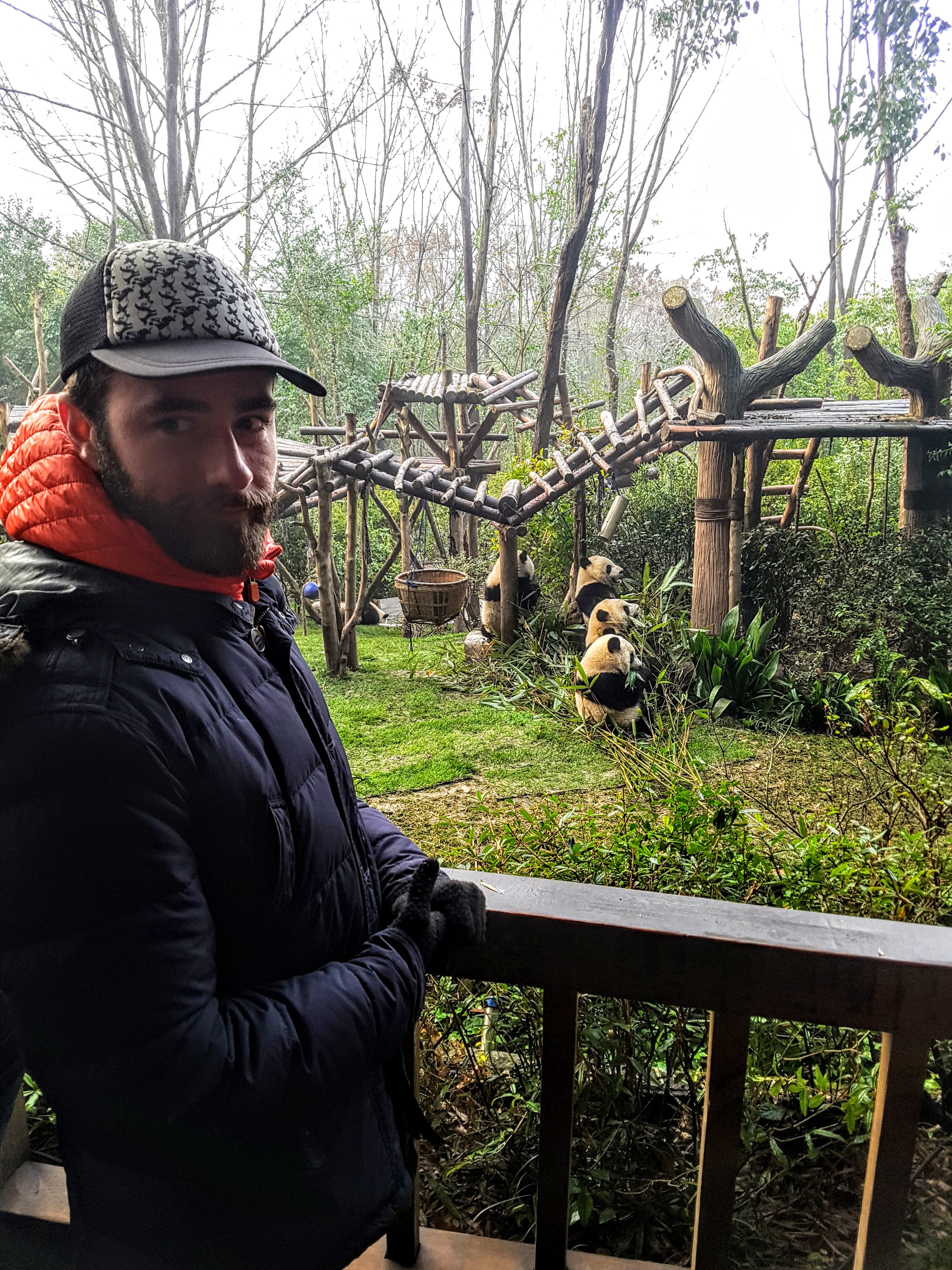 Not many people in China speak English. Hence the huge demand for teachers. Not being able to understand any signs or communicate with almost anybody was difficult at the start. Thankfully I had the best introduction to China.

The company I’m working for is based in Guiyang (4.3mil) so I spent 2 weeks training there. A Chinese member of staff met me at the airport, showed me to my apartment and introduced me to my neighbour and colleague, Philip. Of course, as chance would have it, Philip is a Kilkenny man and before long we had discovered that we had mutual friends – typical Ireland, amirite? 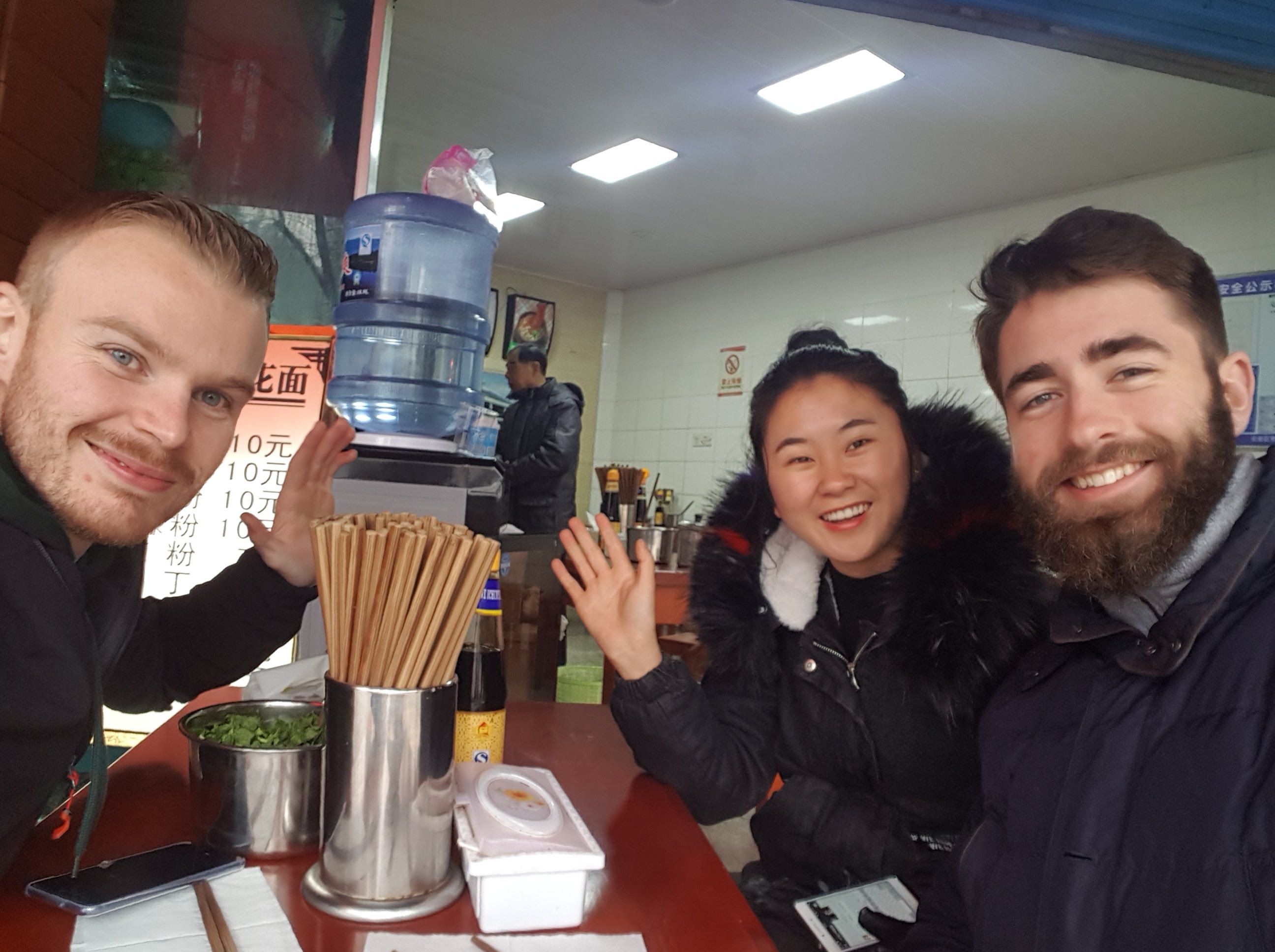 Having Philip there to guide me through the first 2 weeks in China was invaluable. He made everything so easy for me. The simple things are sometimes the most important. A daycent cuppa Barry’s when you’re abroad is like liquid gold. Unreal! Forever grateful to you Philip, legend!

Training done, I met my colleagues who I’d be working with in Chengdu. Nicole and James, fiancées from Maine, USA. The school we were to be working in together is the first expansion outside of the company’s home province, Guizhou. We are the teachers to take this school off the ground. This is a much different experience of teaching English than you might have heard or experienced before.

I was so pumped. Finally, I’d be fully independent of my parents. It’s a pretty sweet situation I’ve gotten myself into. 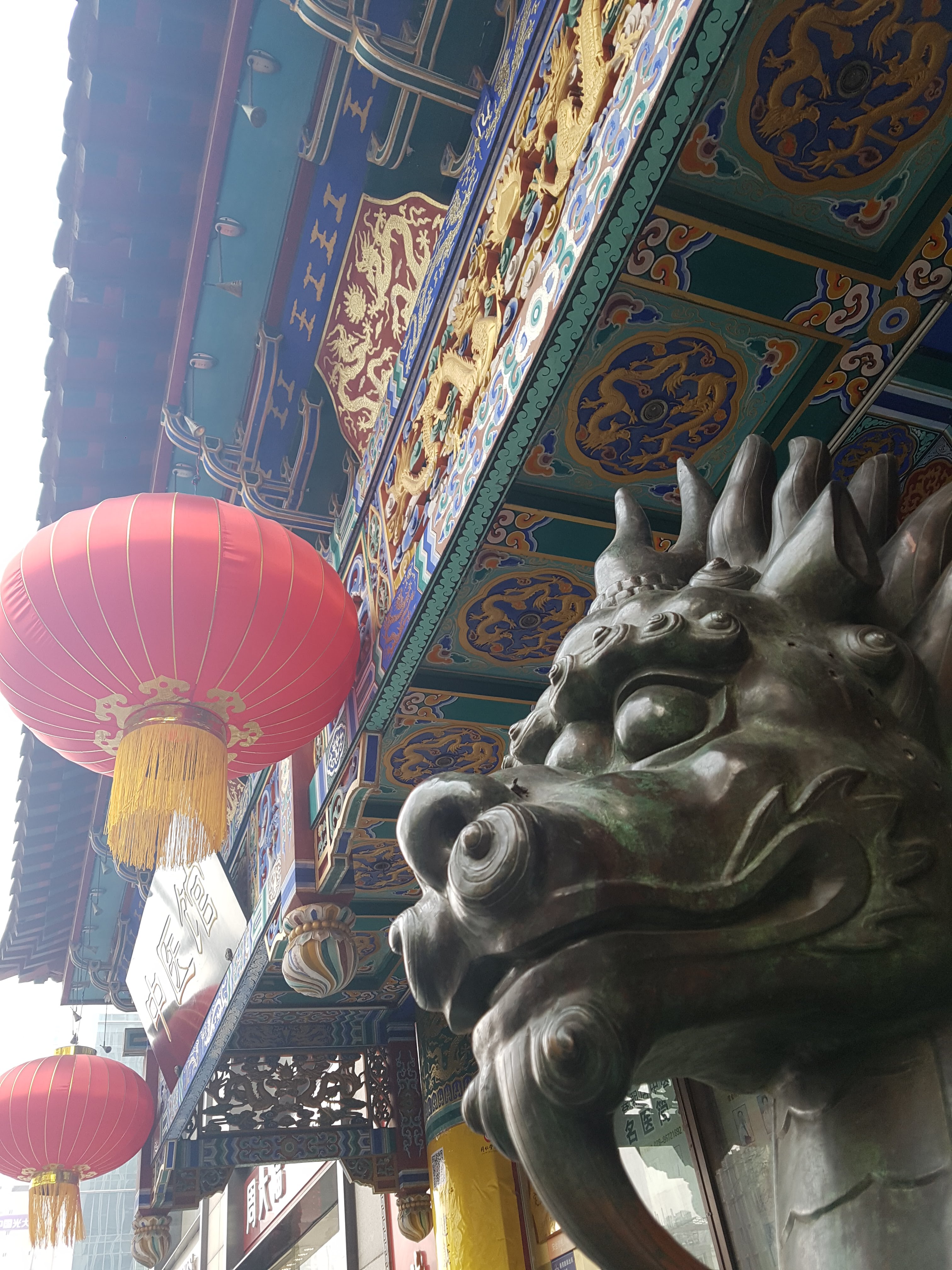 I live in a 2-bed apartment 10 minutes walk from the school paying under €400 a month (including bills). The salary is substantially above the average wage in the city. Therefore, there is a lot of money to save, once you’re in some way money savvy. Lunch and dinner are provided by the school 5 days a week. 20 minutes of walking every day is my commute. The cost of living here so low compared to Ireland.

One of the weird aspects of working in a school like this is the hours we work. Our semestral week is Wednesday-Sunday. 13:30-20:30 Wed-Fri and 9:30-20:00 Sat & Sun. Lots of hours spent sitting around as we don’t have many students yet. Seemingly it takes a while to develop that reputation in a new city, especially when you’re an outsider (not from the Sichuan province).

. Getting up to a bit of mischief on the streets of Chengdu with @christopher_smile . We (mainly Chris) spent 3 hours making this cardboard mask he found on the internet. . We strolled around Chengdu taking turns wearing the mask . Reactions were priceless. Pure confusion on people's faces . Children were intrigued. Some came running up and got pictures. Some smart ones screamed that we were a fake ? . Final destination was the head of the panda climbing the Chengdu IFS . Voila!

Even though there are 3 teachers, our boss sees it necessary that we all be in the school whenever we don’t have a class, just in case some people walk in. There are many little things like this which can really add up.

Confronting people whenever I feel a need to is something that I’ve improved since arriving here. Being assertive, persistent and patient is key when dealing with Chinese people in my experience. Things won’t go to plan. Things won’t be communicated. You’ll find yourself frustrated with some of the goings-on here but if you can get over those things you’ll have a really nice time here. 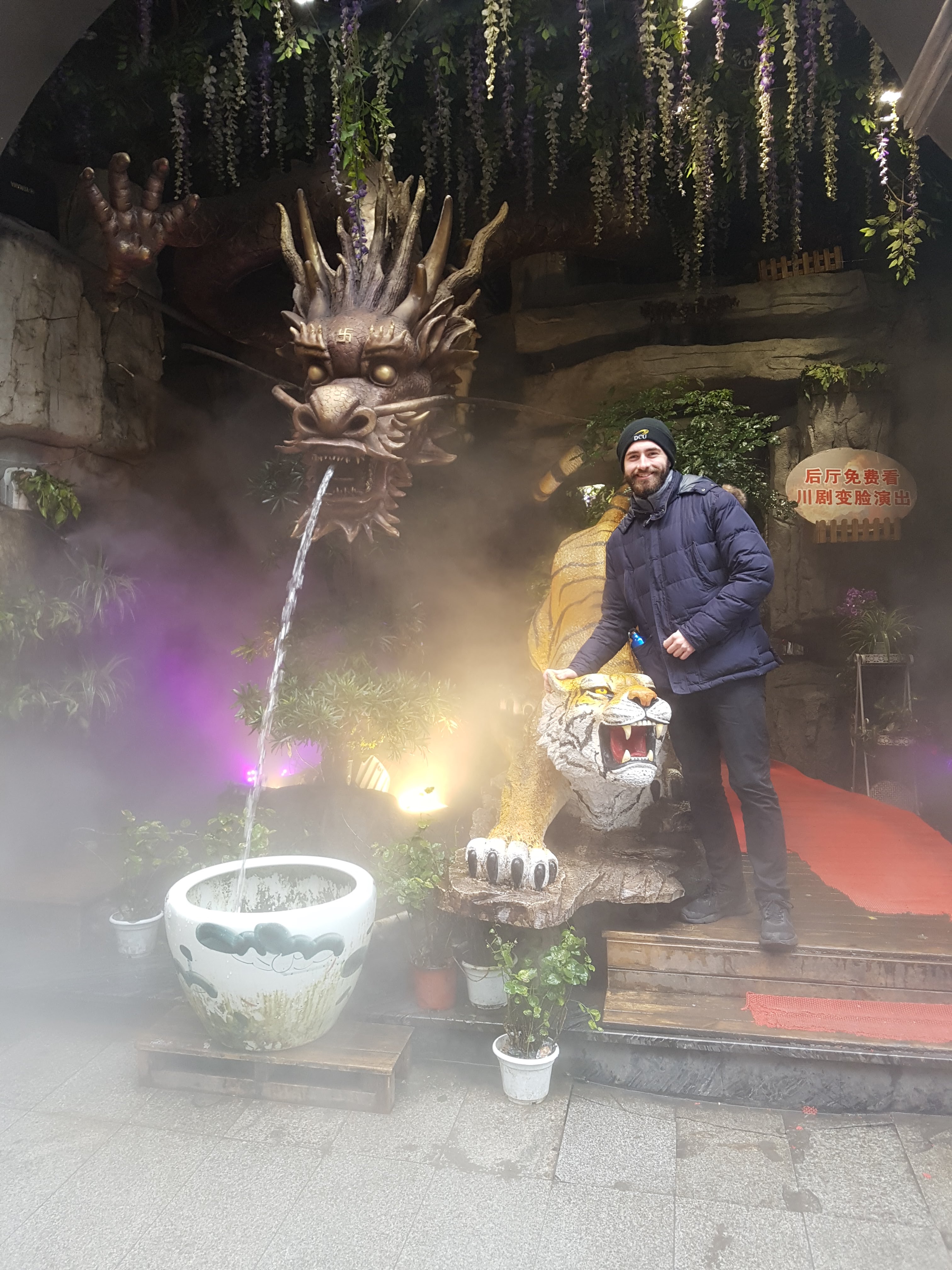 I do find Chinese people, for the most part, very difficult to connect with on the same level as a Westerner. I have met and connected really well with one chap. He’s spent 8 years in Germany so he has a great understanding of Western culture. This can be difficult and a bit sad. I have enjoyed learning about China, the people, culture and language, but not feeling that deeper connection is something I struggle with.

Learning Chinese has been a really cool adventure. I was quite apprehensive beforehand but I came with an open mind, willing to learn. For the initial period in Guiyang, I could barely say ‘dzoa bien’ (left side) or ‘yo bien’ (right side) in the taxi. It’s crazy how a little bit of work on an app every day can help to improve your language skills.

I have been an avid user of Duolinguo for learning languages but didn’t like the Chinese option. Found an app called HelloChinese. This worked really well. I steadily progressed through the app and built a bank of vocab. This made learning other vocab and grammar much easier.

Talking about grammar, Chinese is amazing. You don’t conjugate the verbs! Verbs stay in the infinitive form! And nouns are gender neutral. This makes speaking much easier. However, what does cause difficulties are the tones. Simplified Chinese has 4 tones; flat, rising, falling to rising and, falling. I usually just say it how I guess it would be pronounced. This can cause difficulties but people appreciate any attempt you make at speaking their language. Learn some vocab before coming to China. Your experience will be much better for it.

When you find yourself a bunch of 70 year old Chinese buzzers 3,000mtrs up a Holy Mountain you smile and embrace them . So much fun eating, washing feet, strolling, posing, dancing and non-stop laughing with @tania_slabbert and this lot

There you go – a brief insight into how my mind works and my thoughts on my China experience thus far.