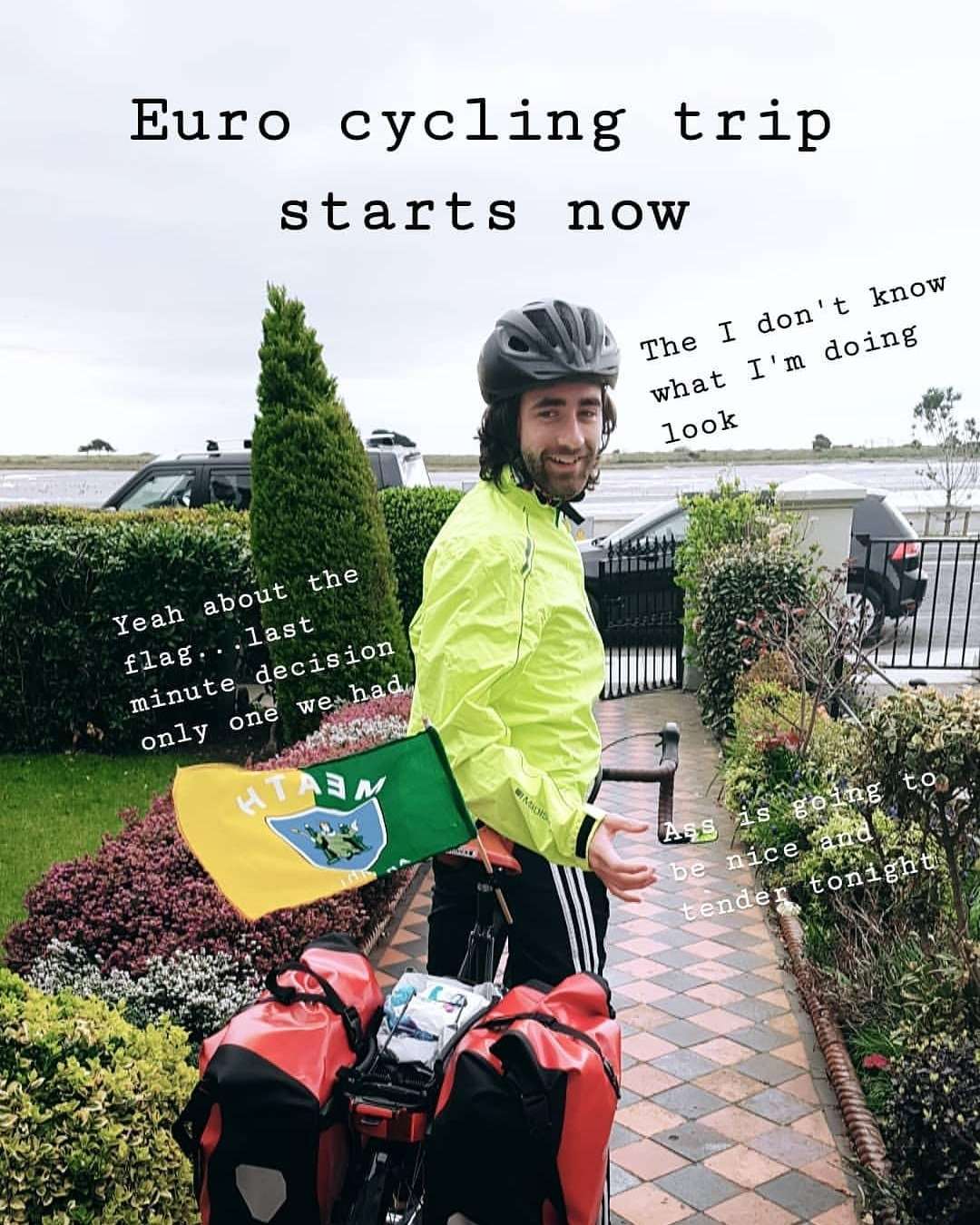 So I’ve decided to set off on my bike going from the family home in Dublin to my favourite hostel, The Grove, in Bar, Montenegro.

The idea came to me while I was having breakfast in my hostel atop a rooftop in New Delhi. I sparked up a conversation with a chap who had cycled from Scarborough, UK to Kyrgyzstan. Having a chat with him reignited my burning desire to embark on a cycling adventure of my own.

I plugged the route, Point A – Dublin, Point B – Bar, into a route planner and saw that it would be about 3,000km. I figured that if I got home in March I could ‘easily’ do the trip before the hostel opening party on the 25th May.

I set my departure date as the 22nd March, leaving me with 63 days to get to Bar. I planned on being back in Ireland at some stage before my birthday, 16th March. I would have to get everything together for the trip in the time between arriving home and the 22nd.

I had no real idea of the amount of gear I would need to acquire before setting off. I took a very laidback approach to that side of the planning which ultimately added more stress than I expected.

Reading blogs and getting advice from friends who had done long distance bike trips got my mind ticking. I identified a few essential pieces of kit I wanted to have for the ride. The only one of which I ordered in before arriving home being the Brooks B17 saddle which is supposedly the most comfy one (only after you break it in though!). Everything else I was leaving until I got back to Ireland.

One of the afternoons after arriving home I took a stroll around Dublin city centre, bike shop hopping, looking to try out a touring bike – the most essential part of a cycling trip, I guess. I knew that I wanted a steel frame and none of the shops could cater for a steel framed touring bike so I went back online and ordered an Adventure Flat White to a shop in Kilmacud.

The bike arrived on the Tuesday, three days before I was to depart. Now I had the bike and the saddle. My family had spare locks and a helmet. The following day was spent in bike shops acquiring Ortlieb panniers (seemingly the best in the business) and all the other bits and bobs that I’m supposed to need on a trip like this.

I was really struggling to find any suitable camping gear for the trip. All the tents, sleeping bags and mats were too big, heavy or expensive. This element caused me quite a bit of stress as I didn’t have any accommodation sorted for the first night and without camping gear what was I going to do?

Thankfully, I discovered there was a hostel along the route I had planned for Day 1 in Cowyn. Combined with a few active hosts on Warm Showers along the route I felt a bit more secure and decided that I’d purchase the camping gear in the UK where there would be better options.

Another item I saw as essential yet hadn’t obtained was a powerbank. How would I be able to navigate and camp without charging my phone. Again there were no good options I found on my searches in Dublin city centre. My saving grace came in the form of a 16000mAh powerbank for €20 in Tiger up in Omni. After spending the afternoon with my good friend, Brendan, conducting a price comparison of all powerbanks in Omni the Tiger option was by far the best one.

The night before departing, my parents gave me a few articles of cycling clothing they had used on a charity cycle a few years before. Now on the bike I would be donning my mother’s bodywarmer and knee warmers and my father’s high vis tshirt, waterproof jacket and padded cycling shorts. I had all the essentials.

I managed to pack everything, including gluten free snacks, into my two rear panniers, leaving hopefully enough space for some camping equipment. The full panniers weighed in at 15kg, bike 14kg, me 71kg, so about 100kg in total.

And so, the adventure had begun.