As I sat in a reclined seat in Zavantem airport and saw the flight to Treviso would be arriving late I knew it would be a race against time to get to my hostel. I like to be one of the last passengers to get on planes as there is a good chance of the emergency rows being available. I take my newly assigned seat, put my earphones in and I’m ready for sleep at last! It had been a long day rambling around Brussels after waking at 4am to go to Dublin airport but now I could sleep.

Out of the corner of my eye I notice a small gold coin fall from between the row in front. I pick it up and return it to it’s puzzled-looking owner. He then orders me a measure of Jack Daniels and moves in beside me. We get chatting. He’s Milos, 26, Serb but grew up in Venice, works in Brussels, a bar manager and a Jack of all trades. He offers me a lift to Treviso train station with some friends of his. Closing in on 11pm we meet his friends in the arrivals hall. A Puerto Rican, Bosnian and Italian all mad into their heavy techno. We neck back some 12 year old Aberdeen whiskey and stop off for espressos (I’m not usually a coffee drinker but I decided to go along with it). Upon arrival to the station the Puerto Rican displayed his mastery of the didgeridoo, one of my favourite instruments! Said my goodbyes and hopped on a train.

Milos told me it shouldn’t take too long to get to Venice, maybe half an hour. Half an hour goes by, I begin to question whether I am on the correct train, ‘but the ticket inspector checked my ticket so I must be okay’, I thought to myself. At Sacile, the majority of the passengers disembarked so I asked a young lady whether this train was going to Venice. She was American and informed me that the train was going in the opposite direction, so I hopped off immediately in the hope that I might catch the last train to Venice from Sacile, but of course it was long gone.

Now Sacile is in the middle of nowhere with a population of 20,000. My chances of finding affordable accommodation were very slim. There were no adequate places to sleep in the station so I came to the conclusion that I would have to stay awake until the first train in the morning. The Puerto Rican had said to me earlier that I would be ‘good for 4 hours’ after my espresso so I decided to get another in the hope that would do me til morning. The friendly barista informed me that the next train would be at 05:24, 5 and a half hours later. I knew then that I needed to find something to do until then so I set off searching for entertainment in silent Sacile. 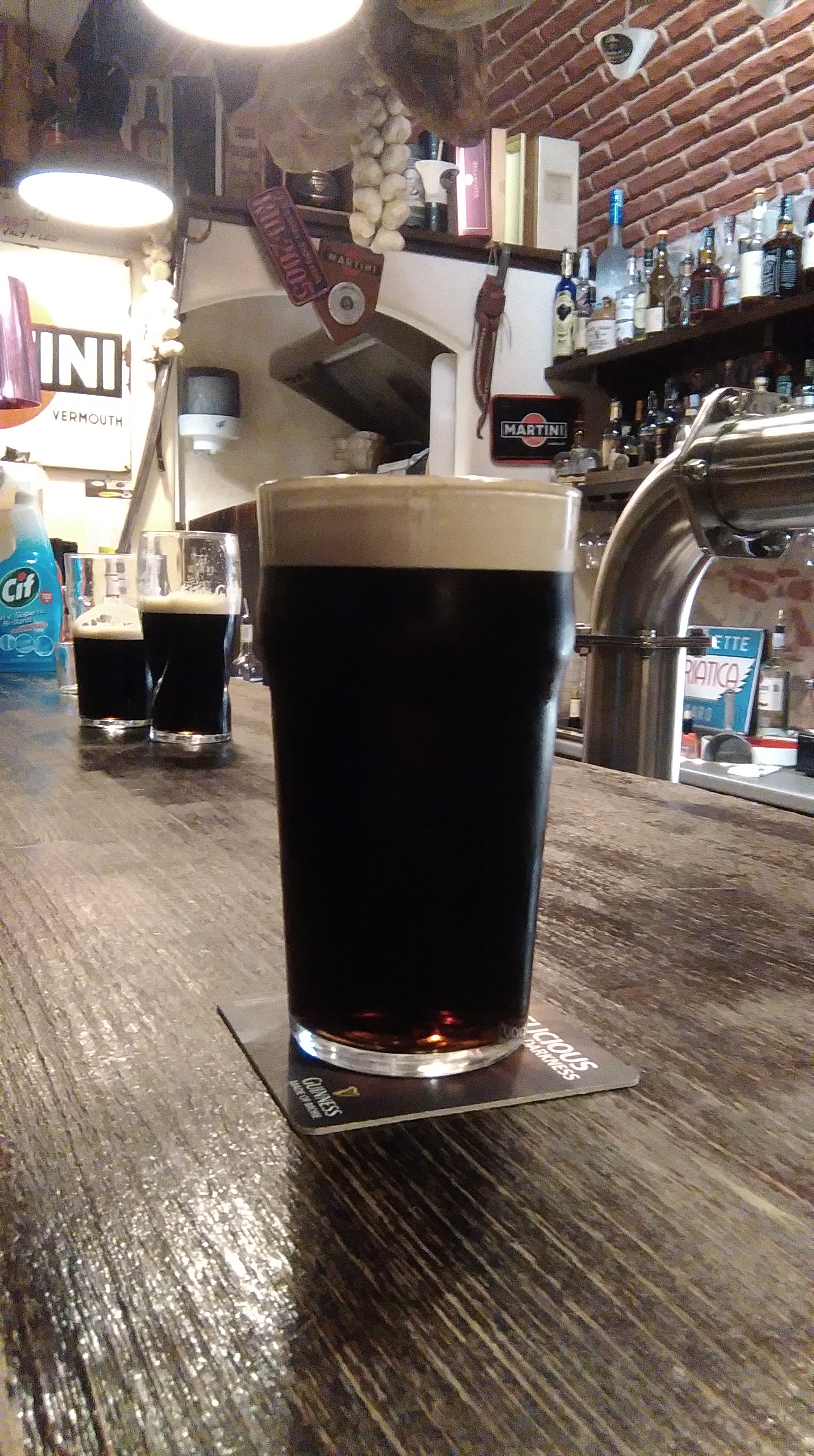 I walked past two bars, one quiet and one rowdy, I chose quiet. Asked for an espresso, received an accompanying Guinness. The owners of Ladri di Biciclette, Stefano and Davide, love Guinness and drink it every night together after closing. It is one of the only bars in Italy that get their Guinness from Dublin and not from Slovenia. This comes at a hefty €7 per pint but sure feck it, what else would ya be doing in Sacile on a Monday night. We ended up having 6/7 pints each by the time 05:20 came around, of which they only charged me for 2, not bad getting the best Guinness in Italia for €2 a pop. They gave me a lift to the train station but putting Irish and Italian lads together the guaranteed result is that they will be late. As we pulled in to the station the train left. Half an hour later I was eventually on the correct train to Venice. 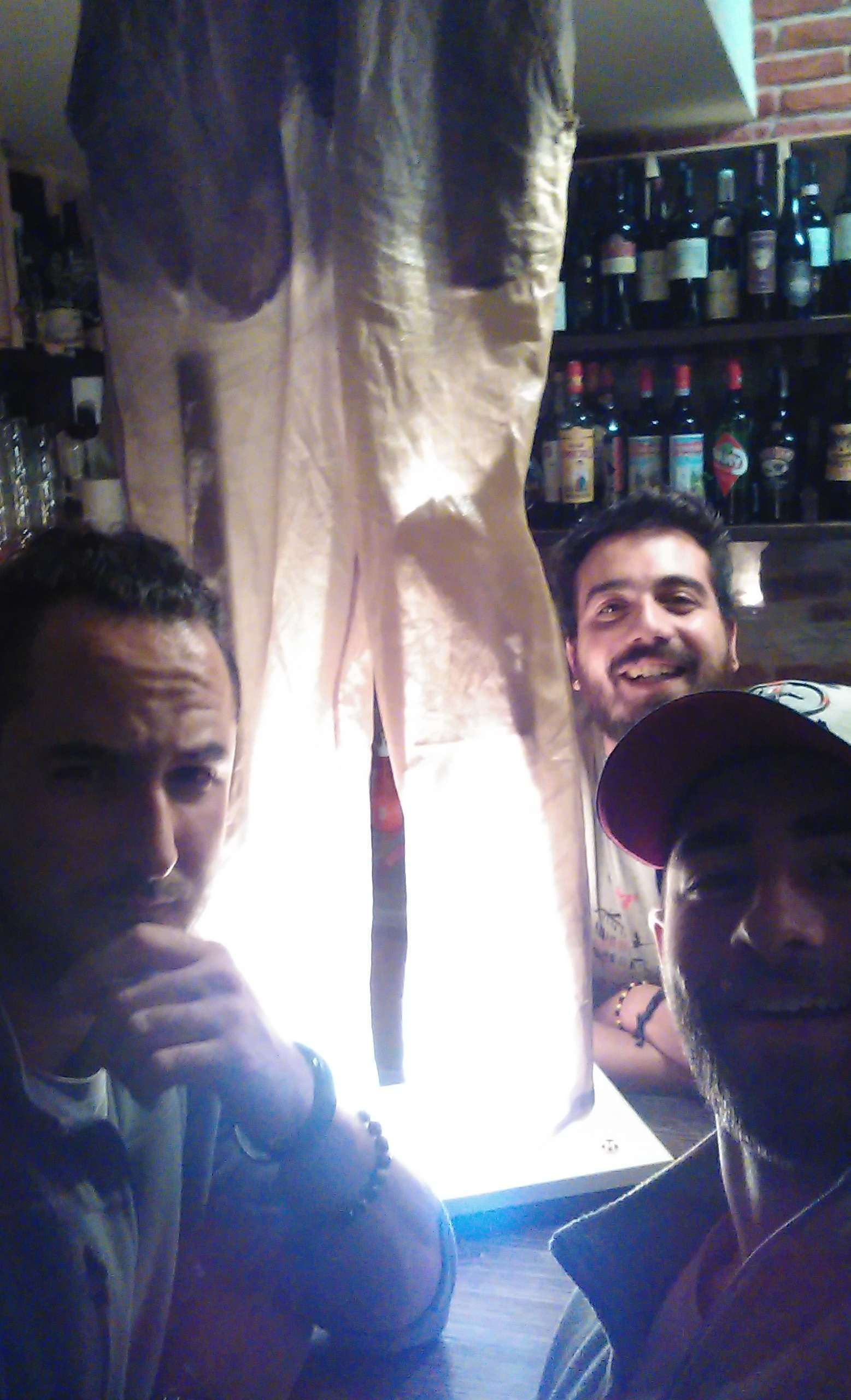 Once I sat down I fell straight asleep, only disturbed by the ticket inspector who gave me a lecture in how I have to validate my ticket at the station bla bla bla. Back asleep I went until next thing I know the ticket inspector is standing over me again. She informs me that I have to get off at the next stop. Quite confused and half-asleep I questioned why. As it turned out, I had slept through the train arriving and stopping in Venice, but also slept through the train leaving Venice and I was halfway back to Sacile! Needless to say, I got off at the next stop and thankfully arrived in Venice Tuesday morning.

People say you have get lost in Venice to really experience it. I say get lost getting to Venice and you’ll have the most unforgettable experience.

There’s another twist to the story once I got Venice. Will publish that in the coming days. Off to Stockholm tonight!